Hyperpigmentation: Are You Asking the Right Questions? 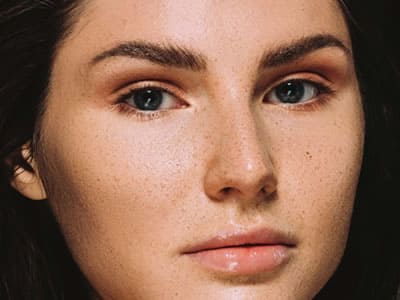 Pigmentation is a complex condition that concerns many clients. In fact, in my clinical work, the complaints about pigmentation from clients exceed that of aging.

Why are treatments for this condition failing? It is a multi-faceted question, and the reasons can be numerous, so, let's review the pigmentation process called melanogenesis to explore some answers.

The melanocyte is the name of the cell responsible for the formation of pigment that colours our skin, hair, and eyes. It is formed during the embryonic stage in the neural crest. As the fetus develops the melanocytes migrate away from the neural crest, travelling through the body to the areas where pigment is usually found (the skin hair and eyes). Over 120 genes are involved in this cell movement and hence the potential for 120 reasons where something could go wrong.

Melanocytes are genetically programmed before it leaves the neural crest with a blueprint that predetermines the colour of our skin, hair, and eyes.

Research highlights some reasons why the skin condition pigmentation is so challenging to treat:

The melanocyte is a dendritic cell that is long-lived and has slow cycling. This long-life cycle makes them highly susceptible to Oxidative Stress, leading to Lipid Peroxidation and ultimately mitochondria DNA damage due to its long but slow-cycling life cycle. The melanocyte produces and distributes the pigment melanin which is responsible for the colour of our skin with two pigments: eumelanin, the dark brown pigment, and Pheomelanin, the red pigment. Melanin is an extremely complex polymer, and there may be very minute differences between the melanin of different people and within races.

Our skin has a different colour in different areas. This is because there are more melanocytes in darker areas such as the neck, versus lighter areas like the face. However, within these areas, the concentration of about 1000 to 2000 melanocytes per cubic millimetre is the same for all race groups.
So, whether you are a black-skinned person or a pale-skinned person, you will still have about the same number of melanocytes, BUT a different balance of eumelanin and pheomelanin pigment granules inherited from the family gene pool.

There are some significant differences between black and white skins; the most significant is that the melanocyte dendrite in black skins is longer in length.
This length enables the melanocyte to deposit pigment higher in the upper spinosum layer, affording earlier and greater protection from the hot, sunny climates in the countries from which many black skins originate.

The opposite is found in lighter skin, and here the shorter dendrites place the pigment more horizontally through the spinosum layer. The melanosomes themselves, and pigment granules are also smaller in lighter skin.

The melanocyte stands fourth-in-line of skin barrier defence, preceded by:

Individuals with a gene called melanocortin-1 receptor (red hair in the family gene pool) may have a high percentage of the red pigment pheomelanin, and this is reflected by a very short burn time. Redheads are known to have a greater risk of melanoma. The Melanocortin-1 receptor gene determines your tanning potential, but make no mistake, and it does not mean that those with fair skin cannot tan. The skin will attempt to protect itself, but tan, in this case, comes with the risk of pigmentation, loss of pigmentation and permanent damage to the melanocyte.

The formation of melanosomes and melanin pigment is a process that requires much energy from the melanocyte mitochondria creating many radicals.

This oxidative process is controlled by our built-in cellular defence antioxidant super dismutase oxide, sometimes known as superoxide dismutase. Sadly, this built-in defence system declines with cellular age or may be lost due to mitochondria DNA damage, or cellular senescence. The creation of the red pigment pheomelanin causes even more oxidative stress than the formation of the brown pigment eumelanin.

Thus, it is important to note: Repeated unprotected sun exposure or sunburn may cause the pheomelanin to become altered in such a way as to allow it to become converted into a free radical, generating the superoxide anion, which can damage nearby skin cells, including the mitochondria DNA of melanocytes, and keratinocyte stem cells. (We call this Intra-cellular oxidative stress).

Now that we have reviewed these points about the melanocyte cell, next we must understand the steps involved in the formation of the melanin pigment. It is a complex process I will try to keep simple and relevant.

We have covered some of the essential points about the melanocyte cell, and we will now go through the steps of the formation of the melanin pigment. Let us simplify what is a complex process to make it easy to understand and follow.

Essential points about the melanocyte cell So, we come back to ask the question. If all pigment gets passed to the keratinocyte and all keratinocytes desquamate; why does the skin condition pigmentation exist?

We must understand that there are more cells and systems involved in the colour story of our skin. Aside from the melanocyte (the cell of the main discussion here), note that the keratinocyte, the innate immune system, circulatory system, and adaptive immune system all contribute to colour.

The main reason we are not getting the best results for our clients struggling with pigmentation merely is that we do not take the time to think through the process well enough to determine the best home care and in-clinic treatment program for the individual in front of us.

If the skin barrier is not functioning well to start with, then the results obtained will be limited at best. Skin health is equally as important as choosing the treatment modality. It is also vital to provide treatments in the right season to prevent an even higher risk of pigmentation for our clients.The answers, of course, lie in an in-depth consultation process.

Ask yourself many questions too. Here are some of the questions I think about when a client presents with pigmentation:

Why would there be an abnormal increase in pigment carrying melanosomes?

Pregnancy or medications such as oral contraceptive, in-vitro fertilization medication or progesterone-based medication. These cause the pituitary gland to make too much melanin-stimulating hormone.

When this happens, the MSH is continuously adhering to the receptors of the keratinocyte, and in turn, the melanocyte creates uncontrolled manufacturing of melanosomes.

This uncontrolled release of the melanin-stimulating hormone is called the MSH cascade and will be reflected in the butterfly pattern of pigmentation that is commonly seen in the center of the face.

Across the upper lip and forehead. Here is a before and after image of good results with no clinical treatments as an intervention. It was accomplished over 18 months with appropriate skin care only. (I simply illustrate the importance of improving cellular health)

What would stop the keratinocyte from picking up melanosomes? Where will the melanosome fall if not picked up by a keratinocyte?

Our knowledge about the skin’s structure tells us that the keratinocyte mother cell and melanocytes are attached to the basal lamina of the dermal-epidermal junction by keratin filaments called hemidesmosomes. This junction is permeable and also referred to as the dermo junction. The dermo junction is made of sinusoidal connective tissue, because it is filled with holes, pockets, and channels that allow the movement of fluids, and immune cells (like the Langerhans) to move through from the dermis to the epidermis. The epidermal side of this junction is called the basal lamina and is where the melanosome would rest if not picked up by the ascending keratinocyte. If this is ongoing, then a large amount of pigment could accumulate into this junction.

All of the accumulated pigment that was in the junction will be released into the dermis as a result if (or should we say, when) the dermal-epidermal junction collapse. This is called dermal pigmentation.

What will be the result if the spinosum layer were not viable enough for the even dispersion of pigment?

There will be an accumulation of pigment into smaller areas, which may reflect as pigmentation.

What will be the result if the melanocyte to keratinocyte ratio were not the normal 1-30?

Today we live in a world of mixed ethnicities, and in countries other than our origin. There are many hidden dangers, and hair and eye colour as an indication to establish phototype are now misleading. The melanocortin-1 receptor gene (redhead gene) can be hidden as a result of mixed ethnicity, and this means that the client's risk for skin cancer may not be obvious.

The answers lie in the consultation, and sensible questions should cover information gathering about genetic heritage, tanning ability, redhead gene, and sunbed usage.

We have powerful treatment modalities available to us today, but they are not without risk, and just because we have a modality available does not make it the right choice for all clients with pigmentations. It is our professional obligation to say no when a client carries too high a risk. We should recommend treatment at a future date if the client is seeking treatment in a high-risk time such as summer and we can minimize risk by delaying treatment. We must say no when a client might be non-compliant with the necessary home care protocols to perform safe and effective treatments.

Above all, it is our privilege to educate our clients and give them every opportunity to fully informed consent.