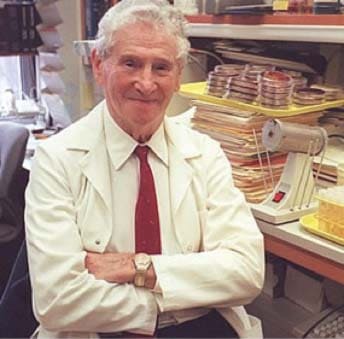 The term Corneotherapy was first defined by the American dermatologist Professor A. M. Kligman in the mid 1960’s, when  he and his associates demonstrated  that substantial clinical effects could be achieved by treating the disturbed balance of the skin through the repeated application of substances that had humectant and emollients properties. These substances, blended into creams became known as “moisturisers” and were perhaps one of the most important cosmetic discoveries of the 20th century.  With repeated application, these “moisturisers” showed to improve common skin barrier disorders such as atopic dermatitis, cornification disorders and dermatosis.

A whole new thought process and philosophy about skin was borne of these trials. It was then it became apparent to researchers and chemists, dermatologists and doctors, that there was much more to the stratum corneum than just a layer of desquamating corneocytes.  These and consequent  studies provided evidence that the upper reaches of the epidermis played a greater role in immunity and protection than originally understood, and that the stratum corneum was a primary link of the outside world to the inner world of the adaptive immune system, with the skin being the “site of response” to that system.

True Corneotherapy describes the preventive interventions that are primarily directed to the correction and restoration of the stratum corneum barrier that has been rendered defective and impaired by the many intrinsic and extrinsic factors of life.  The methodology of corneotherapy has proven that one could achieve positive clinical effects by restoring the skins disrupted barrier defence with substances that mimic skin structure and function.

Modern Corneotherapy owes its success and growing popularity to both pioneering and present day innovative thinkers that changed the way we consider skin today.  A few of these include:

Corneobiology and Corneobiochemistry are  the new terminologies being used alongside Corneotherapy, illustrating just how many different specialties are developing from this one word and treatment regime.  Those of us who are joining the world of corneotherapy for the first time, will find the history of corneotherapy research as exciting as the future; and the new concepts about the amazing and underrated keratinocyte yet to be learnt.